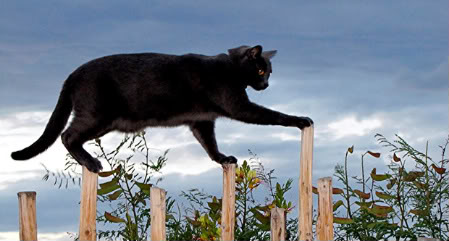 Common pitfalls of the unsettled, and mistakes made by individuals to justify being settled.

Settling is arguably one of the most sought-after factors in dæmonism, but perhaps also one of the most easily misunderstood. Since TDF began, there have been countless ideas on the process of settling, spanning from the early days when settling was considered to be almost identical to what occurs in His Dark Materials, to the general consensus we have reached today. As a community, we understand how confusing it must be to newer members to step straight from the pages of HDM only to find that the terms are different, that dæmons don't settle when you are thirteen, and your dæmon isn't stuck having to wear the same old form every day. That is where TL;DR: SETTLED can help you!

Settled
The term used for when one's personality has become less subject to fluctuation. It can occur from the onset of adulthood onwards. Unlike in Pullman's constructed universe, the form one's dæmon takes has no bearing on what we are settled as. Not everyone settles, and one's settledom status can change just like one's personality can change. It does not take a large thing to shift one's settledom status, like severe trauma, as our personalities change throughout our lives.

Settledom
Often used to describe the act of being settled. "Today Jo is celebrating her settledom!"

Settling
Used with far less frequency than 'settled', to describe the process of settling. As settledom is thought to occur from age 18 [at the earliest] onwards, it is feasible that we begin the process of settling around this time. However, one could also argue that settling could begin at any age since the process of learning and gathering information slowly 'settles' us into our personalities. Use with caution. "Jo thought she was settling because she realised her personality had been changing in smaller increments."

Stability
Differs from the definitions above in that there are two forms of stability one can have.

a. Stability of form, which is purely the length of time you have projected your dæmon as a certain form, e.g.: "Jo's dæmon has been a stable cat for eight months." and,

2. Things that do not a settled person make

Stability of form
A common phrase that implies this:
"My dæmon/ I have been [form] for over five months now!"

Since it is our personalities that settle, the stability of the form is actually of very little importance. For example, if someone who have been settled unknown for years [their personality is settled but they have not found any fitting forms] suddenly finds a fitting form, it is entirely possible that they can declare settledom at the point they have gathered enough information to infer that the form is fitting. It is unlikely, but if they knew an incredible amount on the form and had very reliable sources on hand, they could in theory have some kind of 'form epiphany' start calling themselves settled the day they realised it fitted well. However, a fourteen year old who has been stable as a form for well over a year can not declare settledom because their personality is nowhere near being settled, due to their age. Because we all gather information at different paces, and have lives outside of TDF, it usually works out that we are stable for a while before we say that we are settled, purely because the time we are stable is spent gathering information and making sure that the form fits. It is by no means necessary.

Settling is, among other things, a declaration of being mature enough to know that you are always maturing. There is no such thing as 'never being anything else forever', because each and every hour we are adapting, we are learning, we are subtly changing. When we are adults, our personalities reach a certain point and begin to fluctuate less drastically, instead changing in smaller increments, and that point is when we can say we are settled.


Dæmon does not change forms / I cannot project anything else
A common phrase that implies this:
"My dæmon is always a [form]!"

As previously mentioned, the form your dæmon takes has no bearing on what actually fits your personality. Projection for many is based purely on what feels best to them, and though a lot of people do prefer to project their dæmons as their settled forms, to do so all the time would - for a lot of us - grow boring. There is no psychological reason why you cannot project your dæmon in any other form.


Feelings
A common phrase that implies this:
"It feels right!"

Settling is not a feeling, it is a psychological phenomenon that occurs around adulthood [from about age 18 upwards]. It may feel right, but stating that settledom feels right is about as telling as stating "I feel like I am a twenty year old" when you're fifteen.

A great deal of the time, we assume that the form we project our dæmon as is synonymous with the personality's form, and indeed, some of us still do. This is an easy mistake to make, as both are referred to as 'dæmon form'. So what is the distinction?

Projected form is simply the form you project your dæmon as. It has no bearing on the form you will settle as, as dæmons can take whichever form you want, whenever you feel like it. Projected forms, when differing from personality form, can be for a variety of reasons. Often they are comfort forms, which are forms our dæmons take to make us feel more comfortable, or forms our dæmon feels more comfortable in. Sometimes they are just for fun, like the Form Exchange thread promotes.

Settledom as a state has been a much debated topic. In the past, when settledom was considered a point one reached where their personality did not change at all, some people argued that this did not exist. In truth, psychologically speaking, it could not exist, which is why the idea fell into disuse. However, I do believe that settledom can be used as a term if two guidelines are met:

For periods of long or 'extreme' stability - when our personalities have been like a certain form for a long period of time - provided that,

We are older than 18, which is generally considered to be the lowest age for settledom.